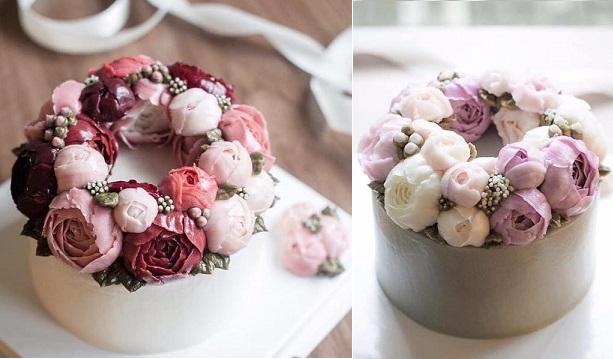 Flower garden cakes brimming full of exquisitely piped buttercream flowers are one of the most admired cake decorating styles of the moment, never failing to draw “oohs” and “aahs” for their amazingly life-like buttercream re-creations.

While it may take a little practice, being able to pipe fabulous garden flowers such as peonies, ranuncula and roses is a super satisfying cake skill to learn.

To inspire you on your journey, we have the latest in exquisite buttercream flower cakes for you this week. 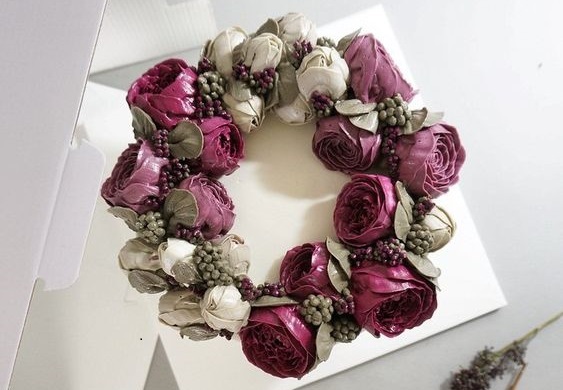 Another master of the art is The Flower Company, Korea blending shades of purple and plum with grey-greens above.

Showcased below is the work of one of the originators of the buttercream flower garden cake, Liz Shim of Eat Cake Be Merry, with a spectacular purple tulip extravaganza in buttercream. (See details on Liz’s brand new buttercream flowers class on Craftsy at the end of this feature). 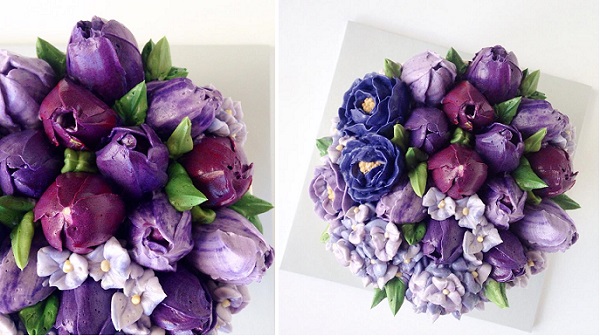 Alice Cake mixes it up with an array of garden flowers piped in miniature on these stunning little cupcake delights, below. On the right,  beautifully cupped peonies are blended with frillier textures and tiny flowerbuds in an exquisite floral wreath cake from Better Cake. 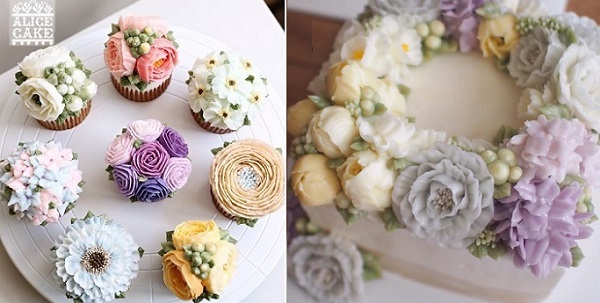 Christine McKenzie of The Cocoa Cakery captures the delicate petals of the peony perfectly in her pretty buttercream flower cake below left, with a sprinkling of golden sanding sugar adding a stylish finishing touch. On the right, Veranda Studio’s cottage garden inspired cupcakes feature a delightful medley of dahlia, ranuncula, primroses and lilac. 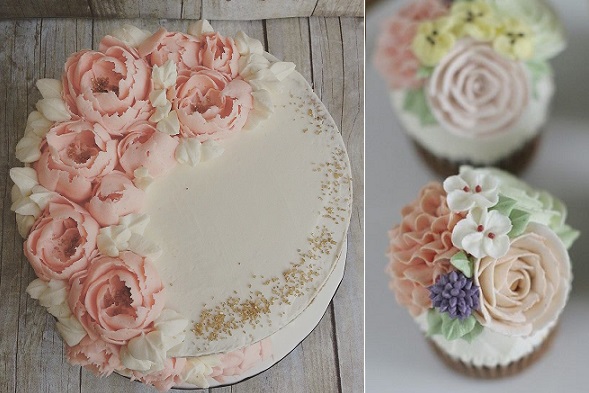 Pale pinks, creams and and white anemones create a beautiful palette of muted shades in the pretty boxed cake below from Eat Cake Be Merry. On the right, clusters of cupped peonies and ranuncula in the most exquisite shade of periwinkle and cream create a dreamy buttercream floral wreath cake from Better Cake. 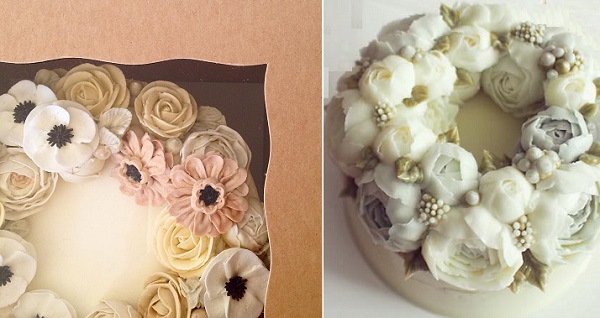 Buttercream peonies piped to perfection make the most scrumptious cupcake topping below by The Cocoa Cakery. 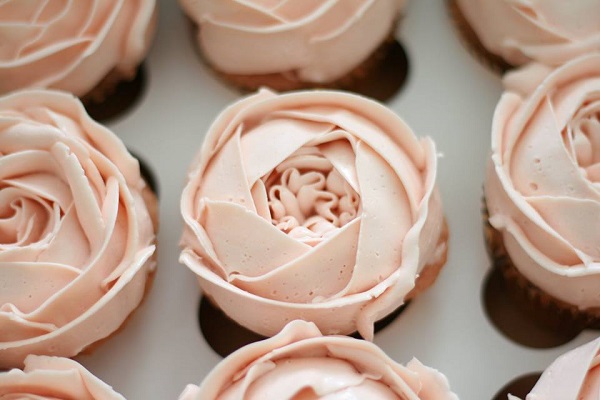 As far as smash cakes go, this is certainly one of the most sophisticated Cake Geek has seen, for a discerning little customer of Miso Bakes – another of the originators of the buttercream flower garden cake trend.

On the right, another of The Cocoa Cakery’s buttercream confections – a pretty monogrammed cake with trailing buttercream florals in a beautiful muted palette. 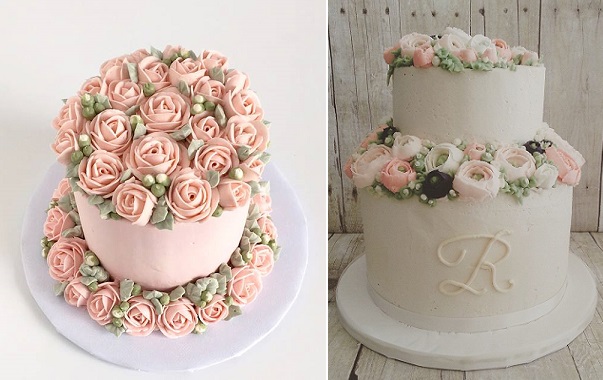 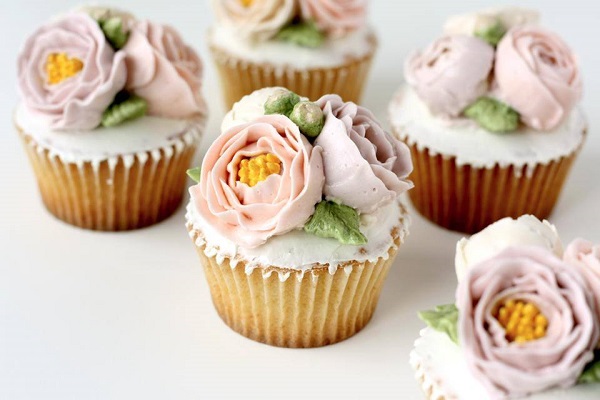 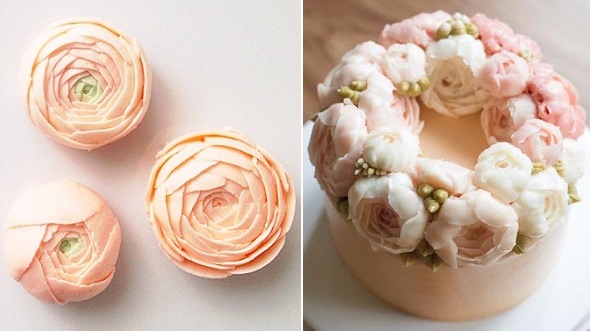 Peaches and pinks blended with creams and whites and are definite hit when it comes to buttercream flowers – as demonstrated by Better Cake below. 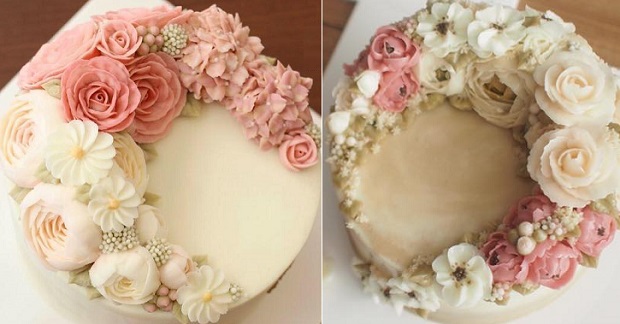 Mulit-tonal pinks blended with hints of garden greens add a burst of summer to this pretty flower garden cake from Sugar Flower Creations by Nicky Lamprinou. 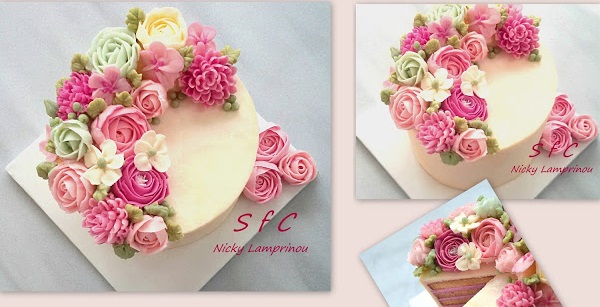 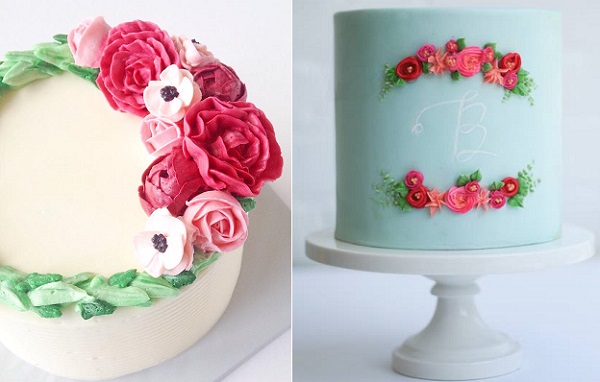 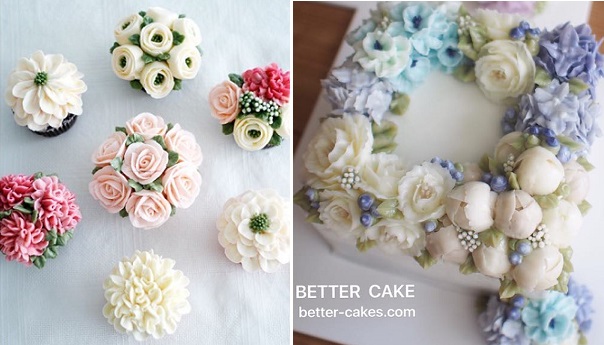 Periwinkle blues and pinks and an array of lemons, peaches and cream make up the stunning colour palettes of these two Better Cake designs below. 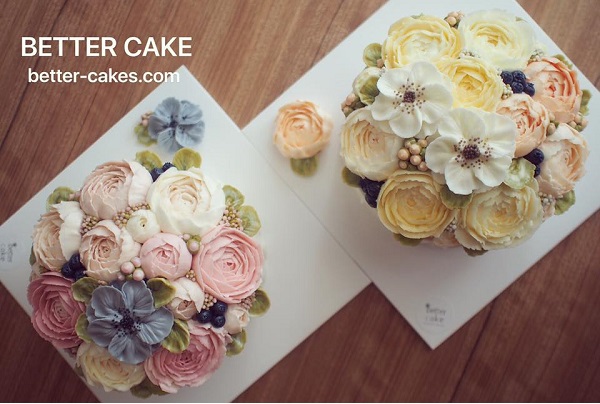 Another stunning palette – this time in pale blue, peaches and and cream – features below left from Better Cake, while on the right, Lismi Wong of Bites, New Zealand adds a simple row of piped buttercream roses to wonderful effect on this peach toned cake below. 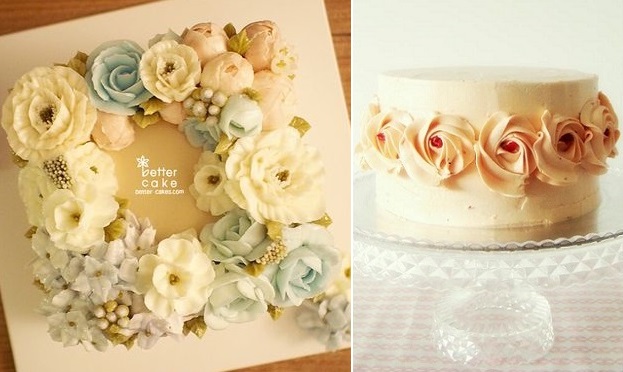 A breathtaking display of spring fresh tulips in lemons and peach make a sumptuous buttercream flower garden cake by Eat Cake Be Merry, with a beautiful complementary toned pin-striped side design below. 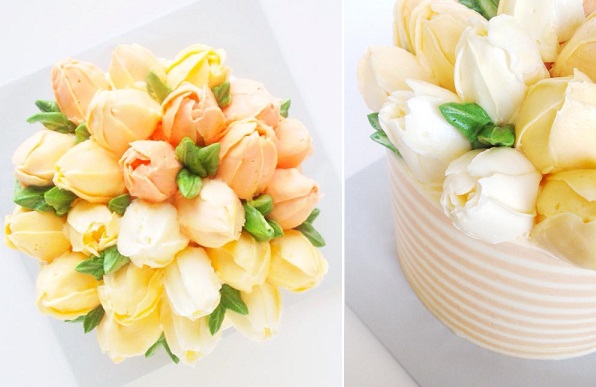 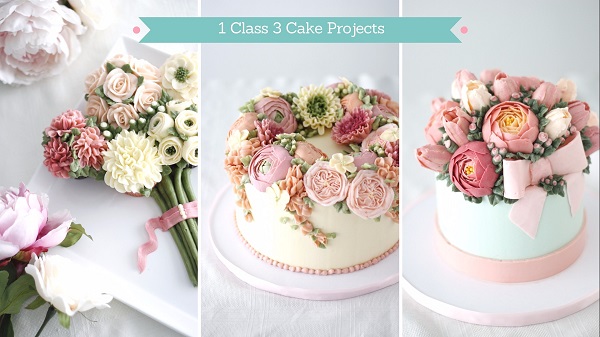 New from Liz Shim is her online buttercream flowers class for Craftsy, below. Get al the details here: Buttercream in Bloom. 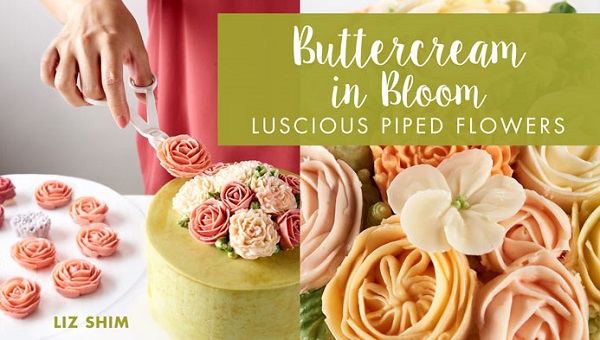 Readers may also be interested in our features on:

We use cookies to ensure that we give you the best experience on our website. If you continue to use this site we will assume that you are happy with it.Ok