Writing in icing or piped lettering is one of the most daunting challenges for many of us cake enthusiasts. And we probably put off learning and practicing it for as long as we get away with it, turning time and time again to our trusty letter cutters.  Yet we all secretly yearn to pipe fine elegant lettering, instead of relying on the clunky lettering produced with cutters, which is great for novelty cakes, but less so for more sophisticated cake designs.

The reason we keep putting it off is that it is a skill that simply doesn’t come naturally to us because it feels so different to holding a pen.  After a few failed attempts, we brush it to the side and put it on our “to learn” list.  It’s usually only when we have an anniversary cake to pipe that we realise cutters just won’t “cut it”, so to speak.

But once it’s developed, it’s a skill that saves so much time and makes you feel so much more confident in your cake decorating skills.  To help you, we have compiled a list of video tutorials we found, with lots of tips and suggestions to guide you on your way.

(In case you want a shortcut, check out our Cake Calligraphy Tutorial by Faye Cahill here!)

From our own experience, we discovered the following really helped build our piping skills: 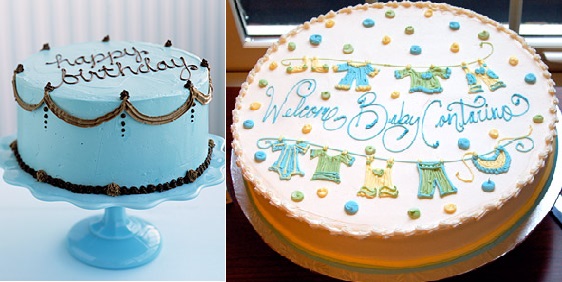 Once you are comfortable piping neatly in your own handwriting, you can use Mathew Tapia’s (Lettering and Graphic Artist) piping practice sheet below to master a new piping script! 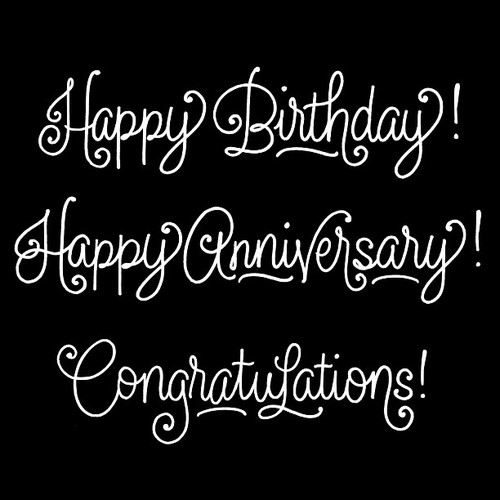 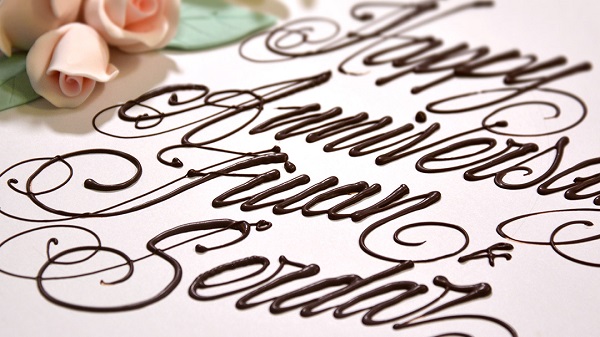 (Extra Image Credits: writing in icing example top left via NewGrids.fr left and by Wilton, top right. Image above via Martha Stewart Living (left) and via In The Kitchen (right).