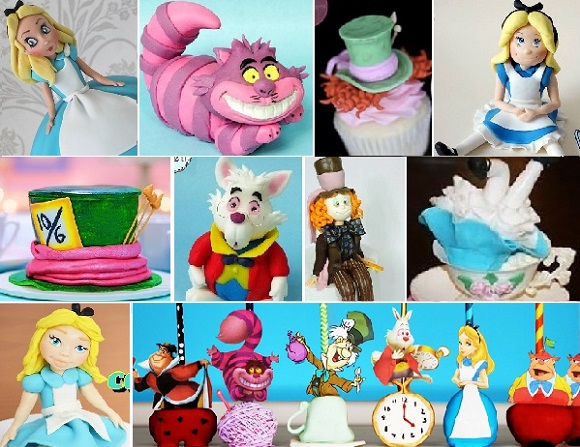 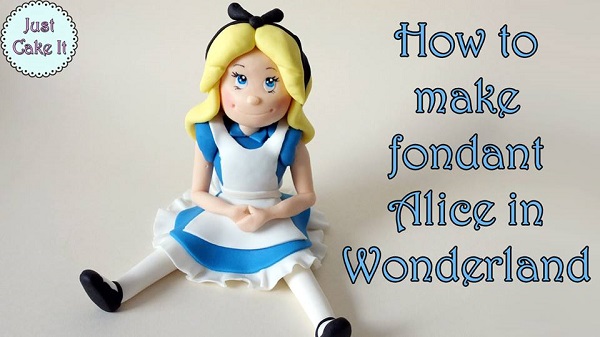 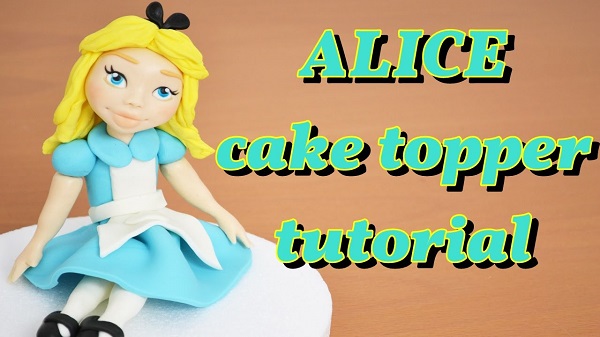 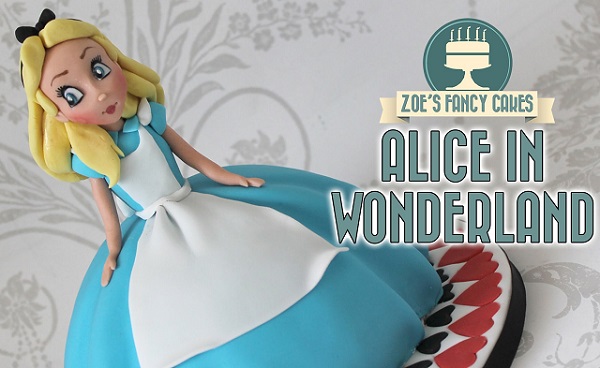 Belle Cake Topper & Mould (via Bird’s Party) have put together the picture tutorial below for a simple “Alice Falling Down the Rabbit Hole” cupcake topper.

A more detailed “upside down Alice” falling into a teacup features below with the tutorial by Liliana da Silva here: Alice in Wonderland cake topper tutorial. 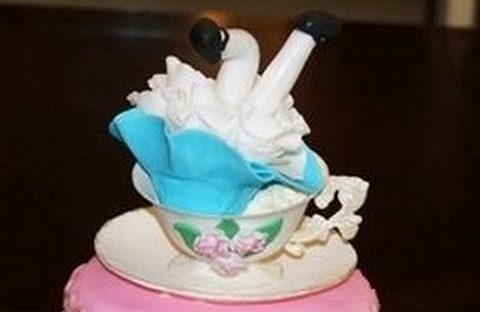 Just Cake It have created the smiling Cheshire cat cake topper tutorial below. 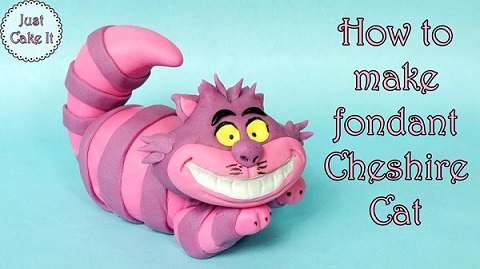 ….as well as tutorials for the Mad Hatter and White Rabbit: 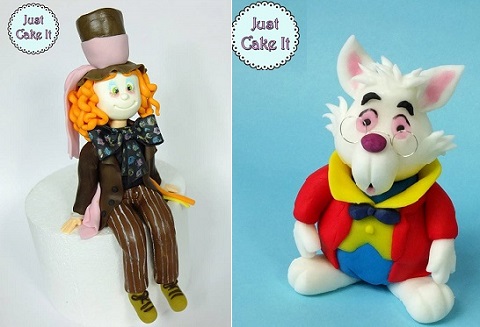 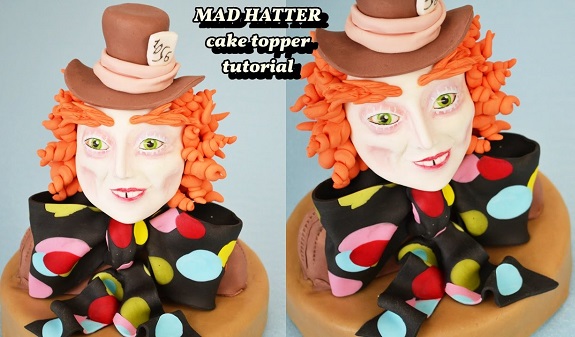 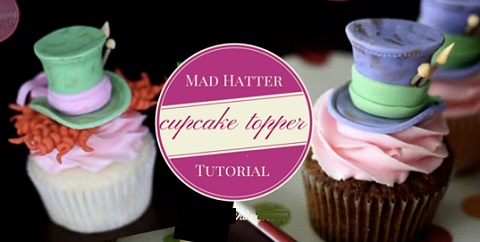 My Little Cakes have put together the Mad Hatter Hat Cake Tutorial for their creation below. 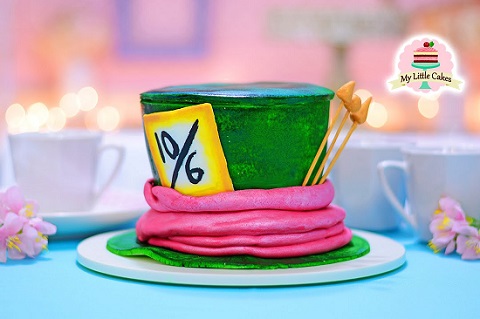 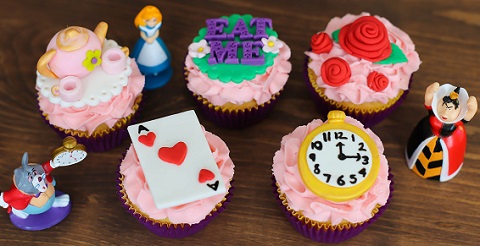 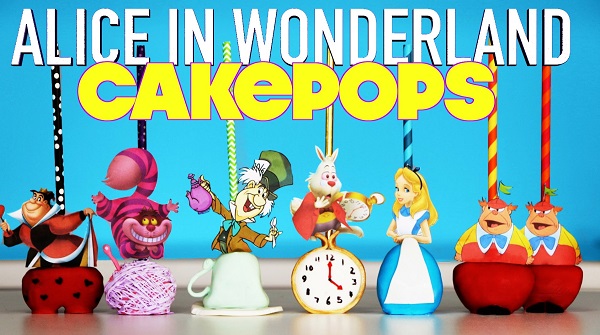 Coming Up Next: Ballerina Cake Tutorials