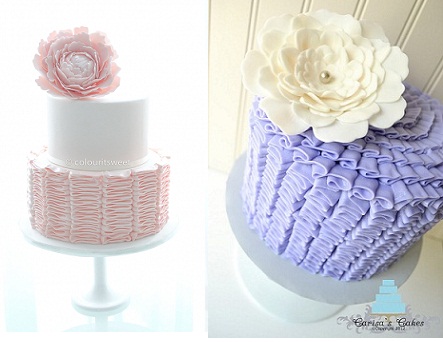 Buttercream ruffles and frills make up the final part of our buttercream piping series.

The terms are used interchangeably, but here at Cake Geek we tend to call the design above buttercream “ruffles” and the designs at the bottom of the page, buttercream “frills”.  Whatever terms you use, both designs create a beautiful effect and are super on-trend at the moment for wedding cakes and party cakes.

The two beautiful cake designs above are by Colour It Sweet (left) and by Carisa’s Cakes (right) and below, we have two more fabulous examples via The Tom Kat Studio (left) and Wedding Chicks (right). 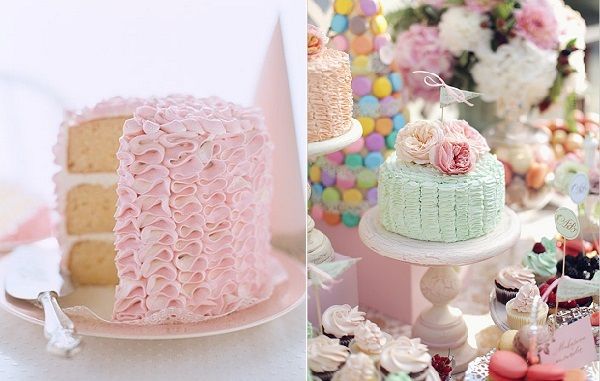 Craftsy have a great free tutorial here on how to pipe buttercream ruffles.

If you want to try your hand at re-creating the Colour It Sweet cake design top left, Cake Journal also have a tutorial here on how to make a peony rose.

Below we have beautiful afternoon tea setting featuring a very elegant buttercream ruffles cake. (Images via Pinterest, left and via Rosie Alyea on Flickr, right). 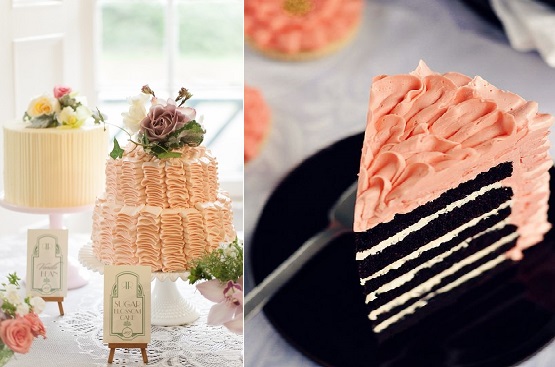 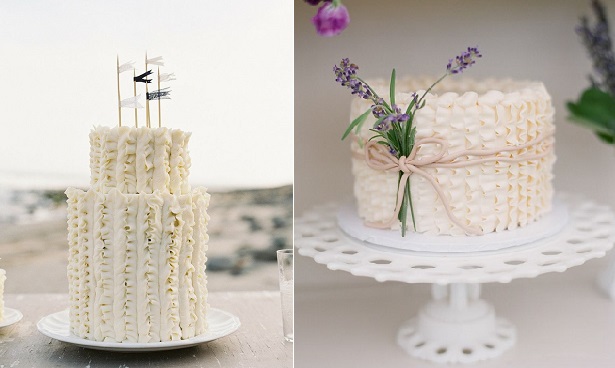 Our final two examples of fabulous buttercream frills cakes below are by by Sweet Tiers (left) and We Are Home Sweet Home via Tumblr (right). 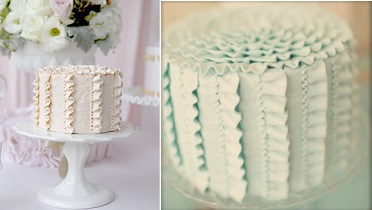